I am excited to announce the release of Magit version 2.9, consisting of 250 commits since the last feature release 15 weeks ago. The release notes can be found here.

Magit is an interface to the version control system Git, implemented as an Emacs package. Magit aspires to be a complete Git porcelain. While we cannot (yet) claim that Magit wraps and improves upon each and every Git command, it is complete enough to allow even experienced Git users to perform almost all of their daily version control tasks directly from within Emacs. While many fine Git clients exist, only Magit and Git itself deserve to be called porcelains.

Dmitriy from Prospect One created a new magical logo for Magit, inspired by Git’s logo. Thanks a lot! 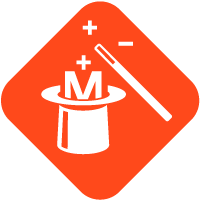 A big and slightly boring release

With its 250 commits, this release is larger than the other feature releases this year. Like mentioned in the announcement of the previous release, we did concentrate on bug fixes and cleaning things up. Additionally many features saw minor improvements that aren’t bug fixes but still aren’t all that noteworthy when looked at in isolation.

This release also contains a number of breaking changes, most of which can be easily reverted.

Please refer to the release notes for the full list of changes, including instructions on how to revert the breaking changes, near the beginning of the file.

Improved and consistent behavior of RET

Two of the more noticeable changes involve the bindings of the RET (return) key in various places. These are both breaking changes.

RET is supposed to do the same thing everywhere: it should visit the thing at point by showing extended information about it in another, dedicated buffer. RET is Magit’s primary dwim key binding. While it always “visits something”, what exactly it visits is highly context sensitive.

There are two more changes involving RET inside diffs, which are not breaking changes: